Trending
You are at:Home»Blog»Home of the Year Episode 3

In the third episode of Home of the Year judges Hugh, Amanda and Sara travel to a cottage in Tipperary, a terrace home in Dublin and a new build in Co. Down.

Denis and Máire Hennessey-O’Connor live in a farm cottage with their children in Tipperary. Denis and Máire renovated their farm cottage over a two-year period. It was very important to them that the original feeling of the property wasn’t lost, so they kept as many of the old features of the cottage as possible. Máire, an interior decorator, designed the interiors to be a balanced mix of traditional and modern. She decorated the family home in a country chic style keeping it homely, cosy, relaxed with modern touches.

Hugh gave this delightful family home 10/10 and praised it’s consistency in terms of design throughout. Although there were elements that appealed to Amanda she felt it was dark and closed in due to the use of the timber and other darker materials in places and she awarded the home 7/10. Sara give the home 9/10 for what she said was a home that had elements of traditional Irish style reflected through fresh eyes. Total score: 26/30.

Gail and her husband Graham live in a 1920s end of terrace home in Dublin with their children. When they bought the home, it required a full renovation and new heating, plumbing and electrics. They added a unique triangular extension to the side of the property, designed by their architect, which houses the open plan kitchen and dining area and has large sliding doors and discreet skylights that flood the area with natural light. Graham and Gail have taken an eclectic approach to their interiors and have furnished the property with vintage finds.

Sara felt that this was a pleasant and well lived in country style home in the city, full of happiness and memories giving it 8/10. While Amanda liked the architecture of the extension and gave it 7/10, as did Hugh who felt that the inconsistent styling let it down. Total score: 22/30

Aoife and Gareth live in a modernist new build in Co. Down along with their children. The house is an upside-down home, so the bedrooms are at the bottom and the living area is on top. This layout maximises the views and makes the most of the sense of light throughout the home. Aoife, as an artist and graphic designer, took over the interiors and created a modern, minimalist, clean look which is softened by rustic elements of wood throughout. The couple love the modernist, 1960s, rustic, vibe that they’ve been able to create in their home. 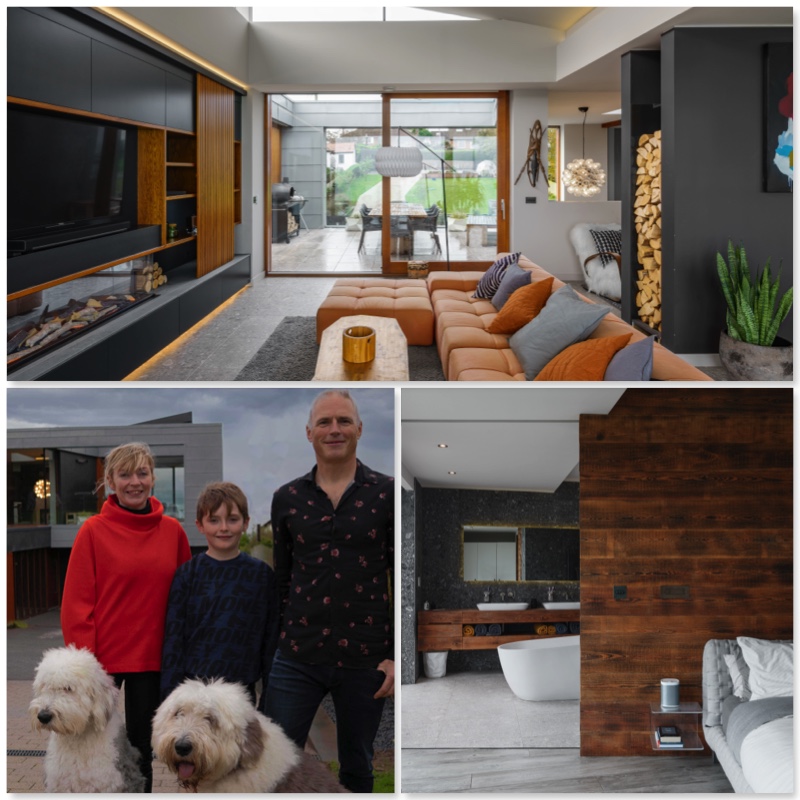 Aoife & Gareth Toleration’s Co. Down Home sails through to the final.

Amanda gave this home 10/10 and felt that the homeowners had made the most of the setting and views and the house showed continuity in terms of materials and colours used externally and internally. Both Sara and Hugh awarded a score of 9/10 for what Sara described as a ‘wow factor home’ and Hugh praised the stunning location and orientation of the house, which has been designed to make the most of the natural sunlight and views. Total score: 28/30 which put this home through to the final.

Look back to Episode One here

Look back to Episode Two here