Trending
You are at:Home»Blog»Home of the Year Episode 7

Hugh, Amanda and Suzie travel to a bungalow in Co. Kerry, a new build and a period home both in Dublin to decide upon the last home going through to the final.

When Adrian Duyn bought his 1980’s bungalow in Co. Kerry, it needed a complete revamp. Adrian gutted the house completely so he was left with a shell and a blank canvas to work with. He designed the interior layout himself with a little help from his brother Killian who is an architect. He raised the ceiling above the entrance and in the kitchen dining area to create a sense of space, and placed the hallway through the centre of the home. He made the kitchen-living dining area open plan, with doors opening on to a south facing decking area. Adrian works in furniture design and conservation and he designed all of the interiors himself including most of the cabinetry, furniture and woodwork. He built, made and fitted all of the interior fittings. Adrian describes his two-bedroom home as cosy with a luxury hotel or superyacht feel because of the tactile surfaces; such as material walls, velvet window surrounds, and hardwood timber walls. He also has a few cherished antique pieces dotted around as a nod to his restoration work. He said it’s his own personal style and loves the feeling every time he enters his home. 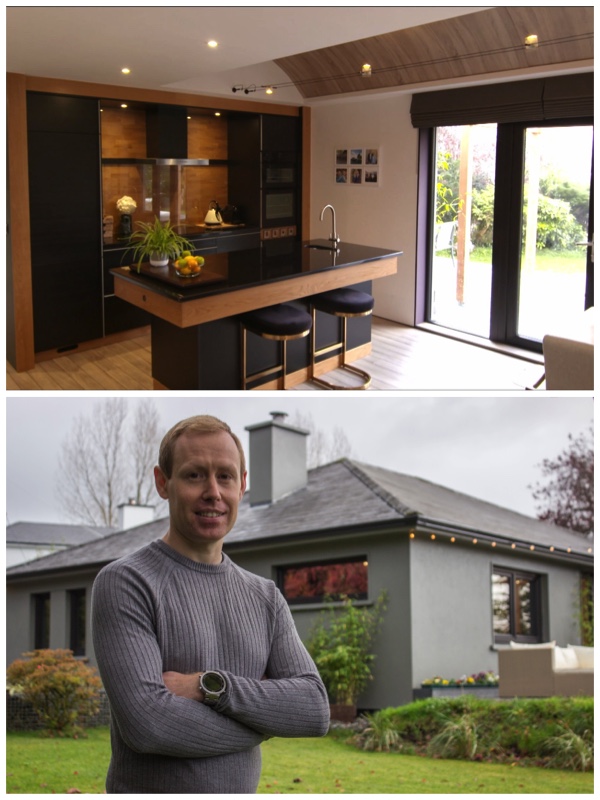 Suzie felt the homeowner had a lovely collection of antiques which punctuate this contemporary home and she  admired the atmosphere achieved through the varied use of textiles, although she felt this could have been pared back in some areas, giving the home a 7. Hugh said the owners talent for detailing in the use in timbers, leather sand fabrics shone through, but felt the couches were oversized and also scored 7. Amanda said it was an unusual and impressive home, scoring it 8. A total score of 22.

Art Director Jen Connell and her husband Shane Keyes searched for three years to find the perfect home for them in Dublin. They decided to buy a new build that they could creatively transform and bought their house in 2017. They have brought their own creativity, personality and aesthetic to the home. They took inspiration from their favourite films, travel destinations and music to inform their design choices. It was a new build, so came with some basic finishes like a simple kitchen and minimal bathrooms. They floored the entire downstairs in a wood parquet to bring warmth to the spaces. They knew they wanted to go dark in the sitting room and hallway to create a sense of drama. The house has four bedrooms and they converted what would have been the box room/single bedroom into a pink home office for Jen. They painted everything in the room pink, woodwork, ceiling and even the piano. It was a new build, so it had the bare minimum done, no major work needed to be done, but Jen had ideas for the interiors and wanted to put her own stamp on it. They describe their style as glamorous, eclectic and creative. They say their style aligns with their own personal style, how they dress and their tastes in fashion, music and film. 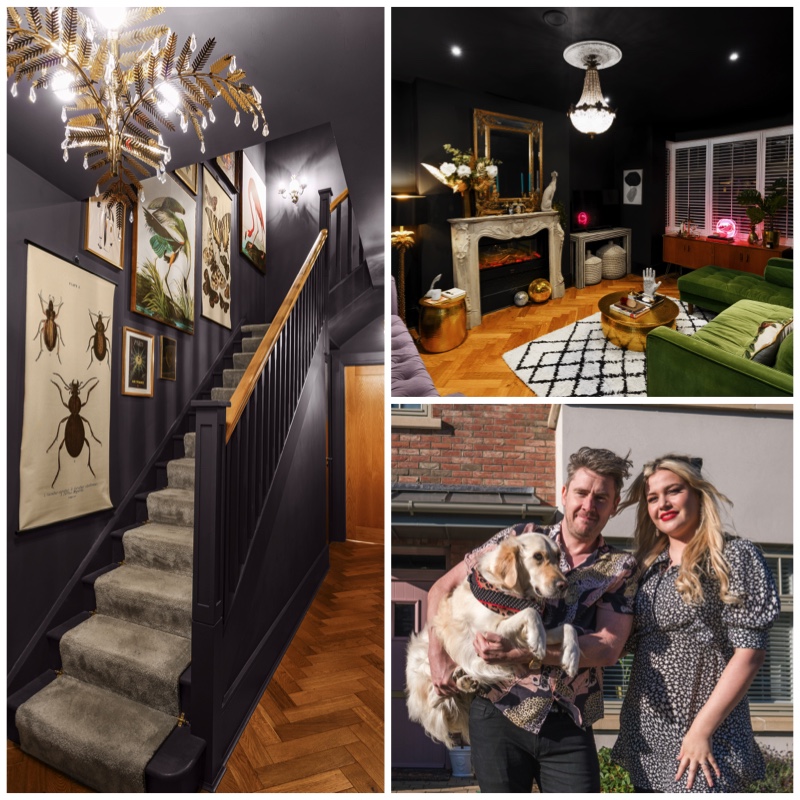 Hugh felt that this was an inspired, colourful suburban home, however, he felt the ground floor rooms were overstayed and not allowing the creativity of the homeowners to come to the forefront and gave it a 7. Amanda felt that this was a new build home with a difference and unexpected interiors and scored a 7. Suzie felt it was a glamorous home full of style and drama, as well as the playful and joyful personality of homeowner, scoring an 8. So a total score of 22.

Kate and Cian O’ Driscoll dedicated almost two years to restoring their modernised period home in Dublin. The house was originally built in the late 1880’s and they wanted something old, with character, and something they could put their own stamp on. They were very hands on in the restoration process and when they bought their house in 2018, it was divided up into five bedsits. The house hadn’t been lived in since the late 70’s or early 80’s and still had an outhouse in the garden. Although it was a protected structure, it had been pretty much derelict with a lot of the original features either rotted or covered over with lots of paint and wallpaper. They moved into the house in October 2018 and had no kitchen, no central heating and only a bath. Over six to eight months, they restored original floors, staircases, doors and architraves themselves and installed a temporary kitchenette. They enlisted the help of an architect to plan a kitchen extension as what was there was very dark and small with low ceilings. They built an extension, had new glazing installed, the entire house was rewired and replumbed, and all external walls insulated. They also hired conservation specialists to restore the original fireplaces and to restore and double glaze all the original sash windows in the house. Although it is a period house, Cian who works for a tech company turned it into a smart home. They wanted to keep the character of the Victorian house while making their home suitable for modern living.

This home is what Suzie is really looking for in the competition, and she felt that the soft colour tones float seamlessly through this home and create the perfect backdrop to the Victorian details and their sophisticated and considered furniture, scoring it a 10. Overall Amanda thought this was a very successful and respectful refurbishment of a period property, but she fettle new extension didn’t work and was of the same quality as the original house, scoring an 8. Hugh said this was a stunning restoration where the original features are still intact complete with dints and blemishes, which add to the character and history of the home, scoring a 8. Scoring a  winning total of 26.