Trending
You are at:Home»Blog»Home of the Year Episode 5

Judges Hugh, Amanda and Suzie visit a period home that has been lovingly restored in Dublin, a family home that reflects the owners’ love of art and nature and “curated but comfortable” two bedroom apartment.

Kevin Desmond has always been passionate about period houses and when he bought his home in Dublin in 2019 it was in very bad condition. It needed extensive work so Kevin along with his partner Joe undertook a big restoration. The property was sympathetically restored throughout paying particular attention to features of an 1830’s house. The sash windows were replaced, roof was re-done, all fire places restored, all internal doors restored including original locks and all the timber floors repaired. Kevin has all of the damaged coving carefully made to match the original. When Kevin bought the house, the front brick work had a render applied in the 50’s and required a substantial restoration. They also exposed the stone to the back and all the garden walls with lime mortar. Kevin is a keen gardener and out a lot of work went into the gardens front and back. It was very important to them to protect the integrity of the property and to be sympathetic to its era. 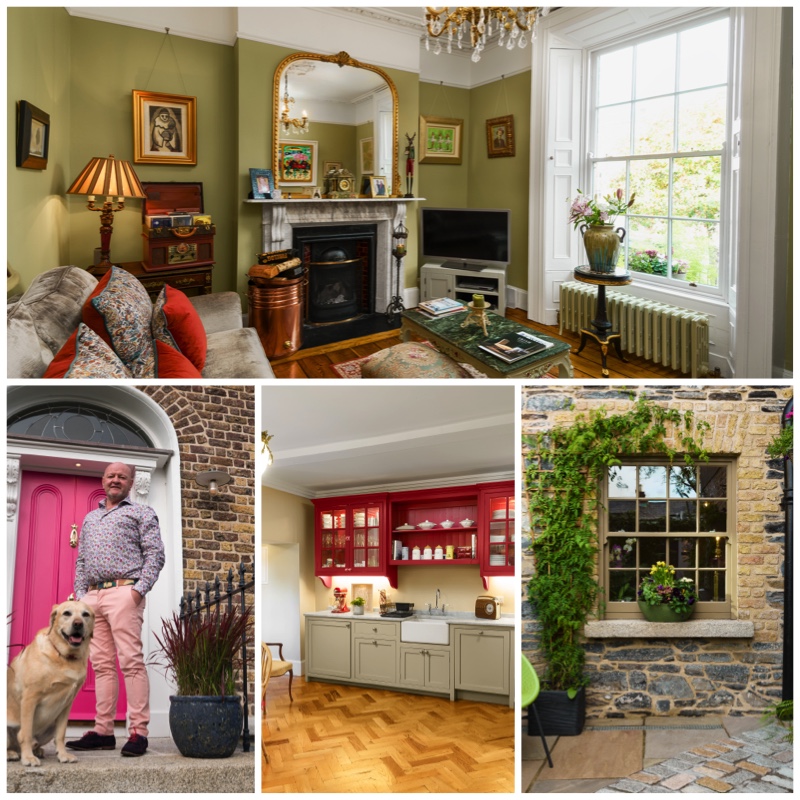 Suzie felt that Kevin’s homes full of unique elements and a truly joyful place to be and particularly liked the kitchen design, scoring his home an 8 overall. Hugh gave this home a 10 feeling that it had it all – design ability, personality and creativity, while Amanda felt that the hallway was to cluttered and the kitchen in the wrong position, however she did feel that the front living room and bedroom worked well and scored an 8. Giving Kevin a winning score of 26 and a place in the final line up.

Artist Isobel Henihan grew up on the road where she built her home. From 2011 to 2013 Isobel and her husband Ian Kenny built their house in the garden of Isobel’s family home. They had many constraints as the area is in a protected area. Isobel’s dad is a retired architect who designed their home and Isobel decorated it herself. Their home reflects their love of nature and art, with plants, artwork and murals featuring prominently. With three young kids, the space needs to be calm and both practical and easy to maintain. Isobel painted all of the murals on the walls in the bedrooms and bathroom. Her artwork can be seen throughout the house. Their style has evolved with their growing family and a need to create a calm environment in a compact home. Isobel loves how adaptable it is, everything is moveable and they change the layout regularly to best suit their needs at the given time. They also love how bright it is and in summer the two courtyard gardens off the living area become like bonus rooms.

Hugh felt that, ‘homeowners creativity and personality puts a smile on your face’, however, was unhappy with the kitchen layout and inability to get out to the garden from the kids’ room, scoring a 7. Amanda also scored a 7 and felt that the home was cleverly laid out and made the most of the space, but would have liked to see floor too ceiling windows around the courtyard. Despite its compact size Suzie felt that the homeowners have managed to create a space where all of the family can gather and play, she also liked the use of the artwork to select colours for the rooms giving the home an 8. Overall that was a combined score of 22.

Mark O’ Neill’s two-bedroom apartment in Dublin is not a typical standard ‘box’, because it has some angles in its design. It looked a bit tired when Mark bought it in 2018 as it had been rented for a few years. It’s big windows and view overlooking trees and a small river sold it to Mark. He had wanted a new kitchen, bathroom and floors, but had to settle for painting – going on to paint walls, doors, the kitchen (units and appliances), some of the floors, the window frames, and parts of the bathroom, including the shower frame! It took a lot of time and effort, but it was worth it for the beautiful aesthetic he has created. Being an art director, he carefully selected pieces of furniture and art, and says his friends describe his place as ‘curated but comfortable’. The sound of the river and the view of trees out the large windows make it unique for a city apartment. 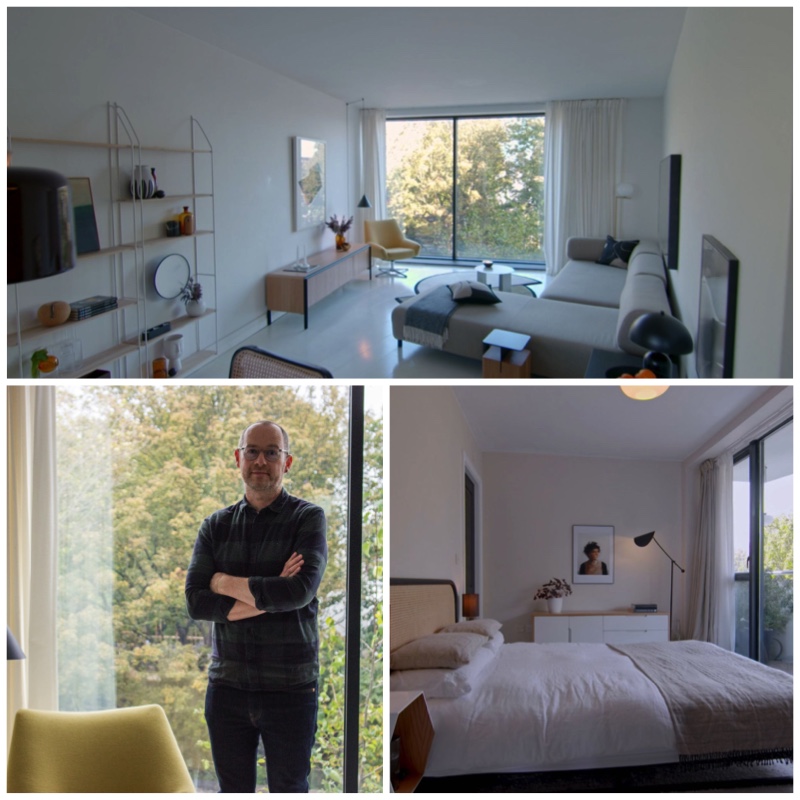 Amanda loved this home, giving it a 9. She felt that this was a great example of how t make the most of a small apartment and would love to live here herself. Suzie agreed that it was stylish a chic apartment, but felt that the other rooms weren’t as considered as the open-plan living area, scoring an 8. Hugh also scored an 8 for this ‘calm and contemporary home’, however, he would have liked to have seen more white rooms to add to the consistency of the design style. Overall the judges scored this home 25.