Trending
You are at:Home»Blog»Home of The Year Episode 4

This week Hugh, Suzie and Amanda visit a converted 200 year-old industrial mill in Co. Down, a home built to amalgamate two families in Cork and a 1920’s cottage with an extension in Dublin.

Rachel and Chris Larmour converted a 200-year-old industrial mill in Co. Down into a family home. They started restoring their home in 2017 and it’s an ongoing process. When they purchased their home, only the shell of the mill had been restored, the front door had been blocked up and there were no stairs inside for access to the first floor. They started from scratch, got electricity, a septic tank and heating. There were a few internal walls and the rest was up to them to restore and renovate. They love the character of their home. They looked at building a new house but when they came across the mill and its heritage, they knew they wouldn’t be able to build anything that has the same character. They are both architects who embraced the challenge of taking on a project like this.  They adore their kitchen and living area, which are technically two separate rooms but are semi‐open plan with a stone and brick arch between the two spaces. It is a calm, neutral space that enhances the mill’s features, such as the sandstone cornicing and the holes in the solid stone walls for the mill chutes. 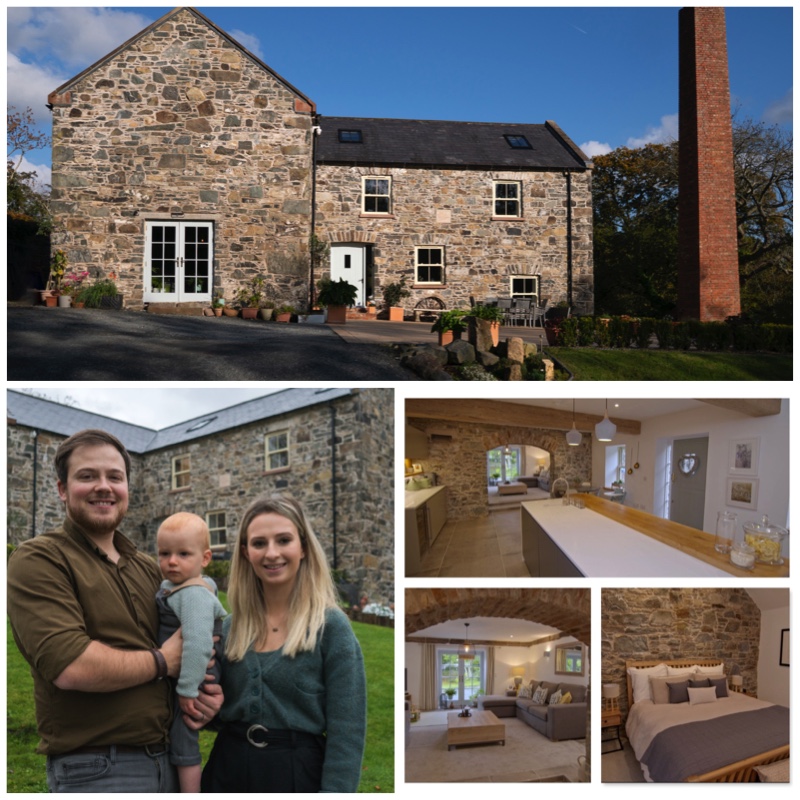 Amanda felt that this house was a great example of conservation, however, that doors and windows should have been more modern and scored a 7. Suzie felt that the homeowners displayed an awareness of colours and textiles in their accessory choices, although some of the furniture felt at odds with the refinement of the restoration and scored a 7. Hugh said it was picture postcard perfect gave gave the house an 8. Overall score: 22

Val O’Kelly and Karl Slyne completed the build of their contemporary home in Cork in 2017. They built their architect designed house to amalgamate their two families. They live there with their 6 sons; whose ages range from eleven to seventeen. The home has lots of interesting features including vaulted ceilings, glass ‘bridges’, large sliding doors, and lots of interesting art pieces. They like a modern style rather than a traditional look. They feel their house is very much a home and love the feeling of space while still being comfortable. The house was built for two families coming together and they think it gives everybody their space. Everyone is welcome at their home and they are hugely proud of what they have achieved. 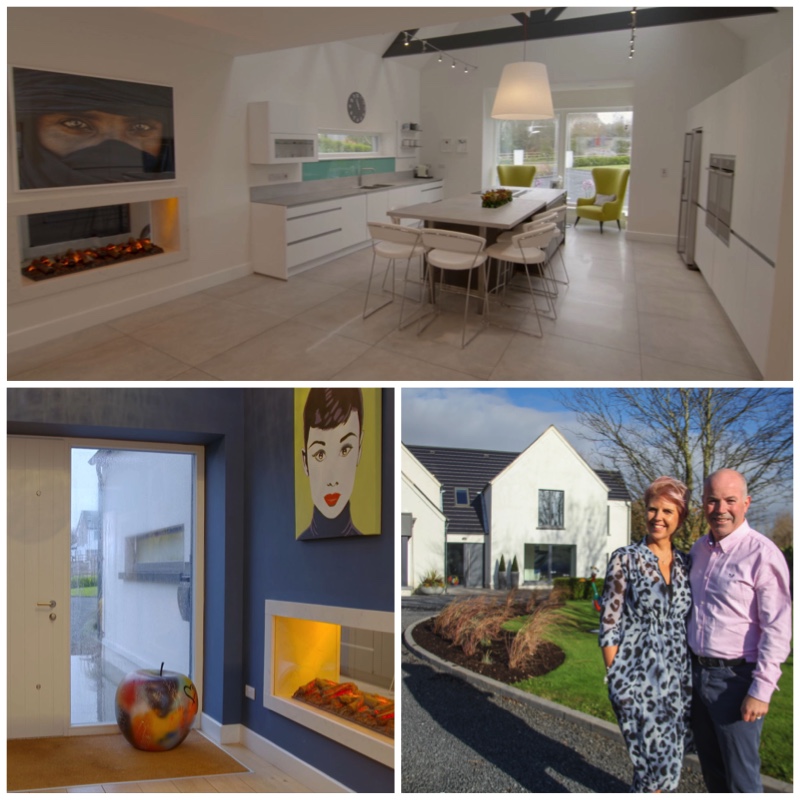 Amanda scored this house an 8 and loved the overall spaciousness and the open-plan kitchen, but  felt that the furniture in the living room didn’t work. Hugh felt that the pops of colour and collection of art stamped their mark on the home but that there was a lack of ambient lighting, scoring this home a 7. Suzie also scored this home a 7 and admired the extensive art collection that adds a personal element to this modern home. Overall score: 22.

When Sally-Ann and Ruairí Mitchell bought their cottage in Dublin, it was an original 1920’s cottage with a single storey extension. They gutted, re-modelled and extended it to transform from three bedrooms to a four-bedroom home with a large open plan mezzanine extension. They wanted an open-plan, split-level extension to the kitchen, and a private second wing for additional bedrooms for the family of six, including four boys. Sally Ann describes their style as a blend of traditional and contemporary with an Irish cottage/loft vibe. They love the split-level design and height in the open plan living areas. They also love that from the outside it is completely unexpected and people always tell them that.  They are very proud of their unique home. 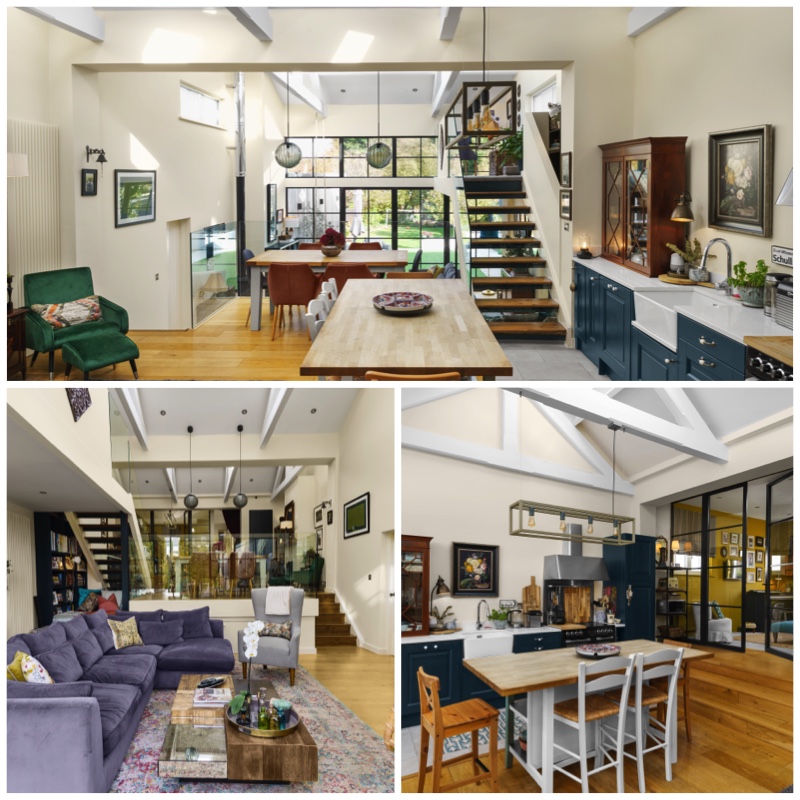 Hugh was delighted to give this home a 10 and felt that what lay behind the exterior facade was an unexpected treat. He described it as an exceptional family home full of great design, style and charisma. Suzie scored this ‘enigma of a house’ an 8 and likes the layered kitchen and living space with its abundance of unique design details. Amanda was very impressed with the unexpected, bright open-plan space and scored a 7. Overall score: 25 putting this home through to the final!