Trending
You are at:Home»Blog»Home of the Year Episode 3

This week the Home of the Year judges hit the road to visit a converted mill apartment in Co. Antrim, a renovated family home in Co. Louth and a semi d with plenty of personality in Limerick.

Lydia Mudge is lucky to live in a converted mill apartment in Co. Antrim. It was in good condition when she bought it in 2018 and it was a blank canvas with the colour magnolia on every wall. The 1800s mill was used as a cotton mill, then moved to manufacture linen and was converted into apartments in 2003. Lydia loves colour and expressing her personality through décor. She describes her style as eclectic, industrial with mid-century touches. Lydia decorated her home herself. Her dad has built several pieces of furniture that she helped to design (coffee table, coat rack, box seating in the nook and loft bed and more!). One of the big changes was to add the loft bed in the spare room to add more floor space. Lydia loves the exposed brick, the high ceilings and windows. 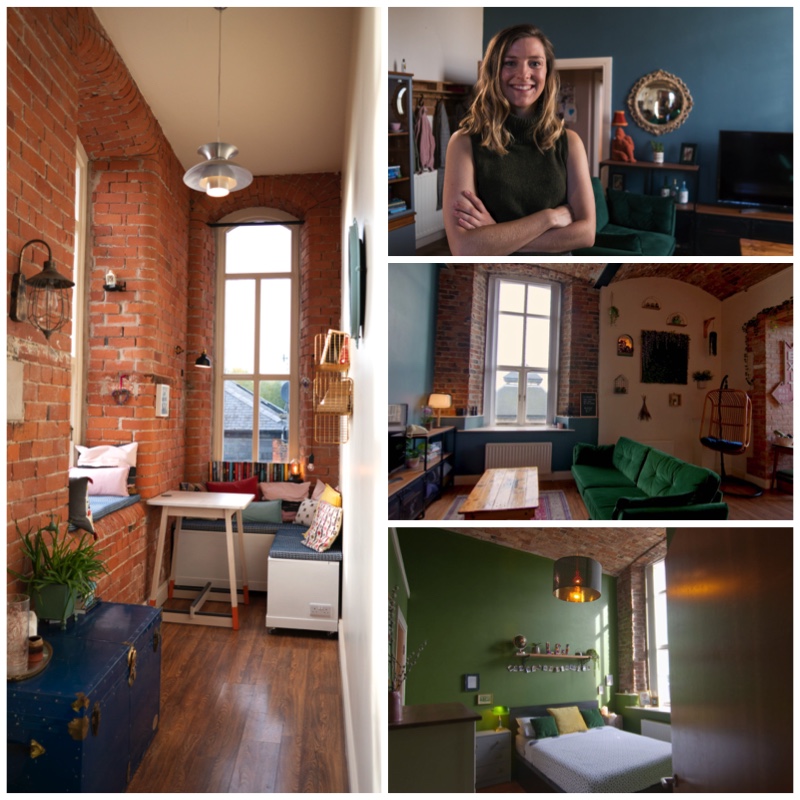 Hugh gave Lydia’s home an 8 and would have liked to have seen more of the homeowner’s personality in kitchen and dining space, in the same way as the reading nook and bedrooms. While Amanda questioned the paint colours used she thought the layout of the apartment made the best use of the space and awarded it an 8. Suzie would have liked to have seen the design more in keeping with the industrial aesthetic and gave this home a 7. Total score 23.

Olive Wilson’s home in Co. Louth is a renovation of her old family home.  Olive and her husband Fergal took on a total renovation of the 1970s bungalow from 2018 to 2019 resulting in their new contemporary home. They only kept the front and two side walls of the original bungalow.  The rest was demolished, and all internal walls knocked down.  They then extended both up and back, increasing the floor space. The kitchen, dining and living room are all part of the one space, and there is a nod to mid-century style here. The front of the house is north east facing so not so much natural light, they have styled these rooms a bit differently with stronger, dark colours, using some older furniture. Olive describes their style as a mix of both old and new.  She likes a number of different styles and has always loved the mid-century look plus she likes colour and character too.  Olive works as an interior designer and in her own home she wanted to create a look that are individual to her own taste. 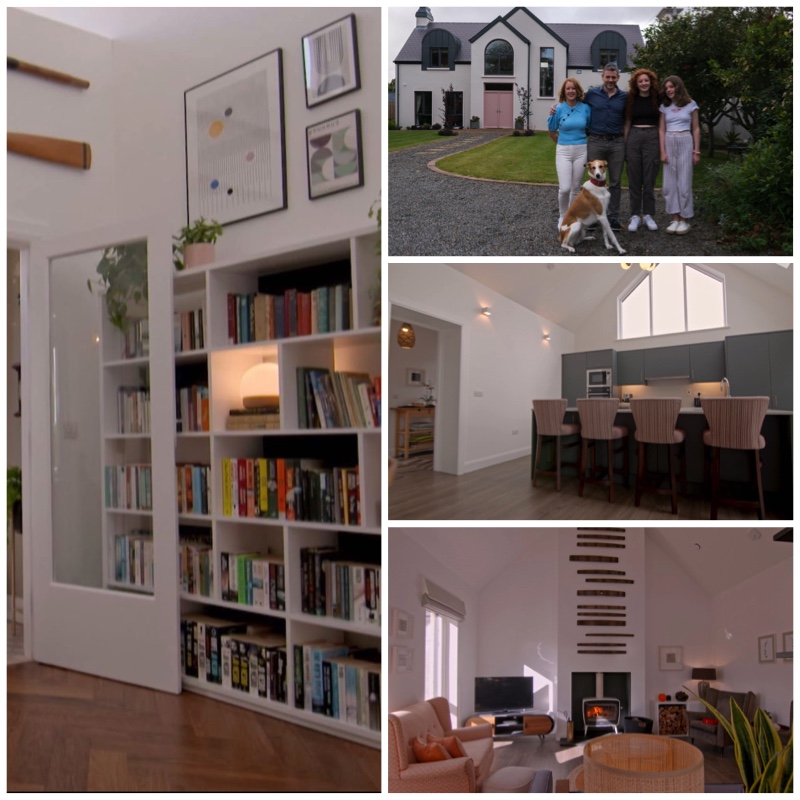 Suzie felt this was a family home full of personal touches and eclectic furniture and although the homeowner had shown bravery with the design this home lacked the wow factor she is looking for in the competition and scored it a 7. In fact all the judges agreed and scored a 7, with Hugh feeling that some rooms worked better than others and Amanda disappointed that there wasn’t access to the outside from some of the living spaces. Total score 21.

Saara and Mike Loughlin have put their own stamp on their semi-detached family home in Limerick. When they bought the house in 2008, it was very beige and magnolia with cream carpets everywhere and lacked character. They have since taken out all the carpets and installed laminate flooring as well as painted every single surface in the house.  They added their own colourful and eclectic style with a touch of bohemian and Scandi influences, a mix of modern and mid-century furniture.  They like to mix old and new to create a warm and more interesting finish than having everything new. They designed and also did most of the work themselves. They love that it’s their own unique style and reflects their personalities. They describe it as their safe haven and while it looks like a standard semi-detached house from the exterior, they have given it plenty of character. 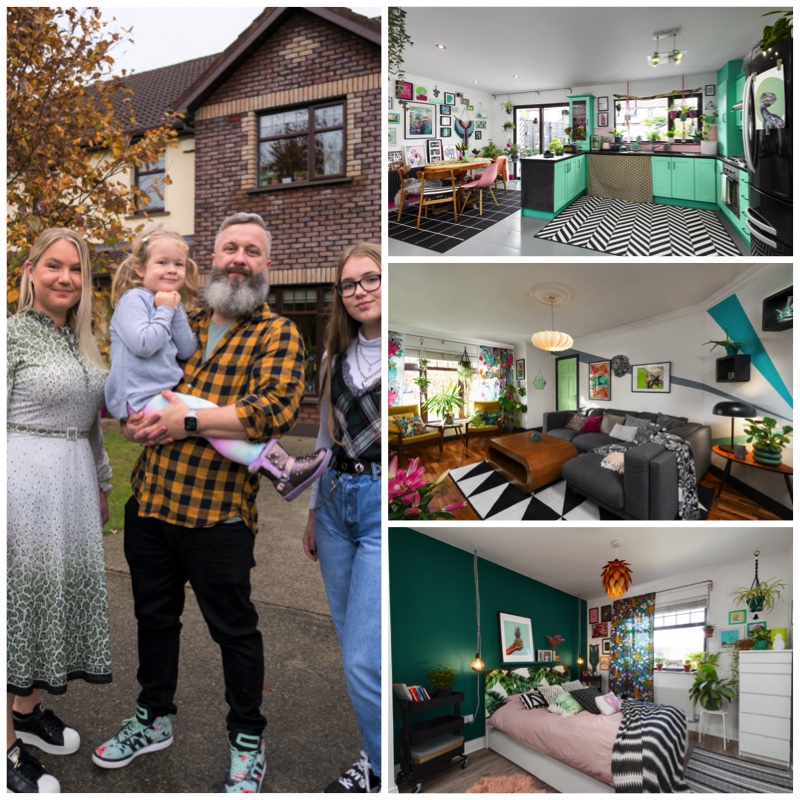 Amanda wasn’t a fan of this home’s décor and scored it a 6, however, Hugh felt it was one of the most unique homes he had ever seen and gave it top marks. Suzie also felt that the homeowners use of colour and pattern had created a joyful and playful house that was an unexpected surprise when you walked in through the front door and gave it a 9. Total score – 25, making this home the winner in episode 3.