Trending
You are at:Home»Blog»Home of the Year Episode 2

Another look at the three homes from episode two of Home of the Year, and a reminder of who is going through to the final.

Rachel and Robert Hobbs live with their three children in a modernised 1800s farmhouse with extension in Co. Cork. They bought their home in 2017 and worked hard to create a fun, functional family home. They retained three external walls of the original house and built from there. They converted a small shed and joined it to the build of the original house. They began demolishing in November 2018 and moved in December 2019. It was a self-build project so they were hands on and lived on site while it was happening. They wanted to reflect the original house and surroundings as well as having a home that could work for three small children. They have lots of fun elements such as a floor net on the landing area, a climbing wall in their son’s room and the front door is at the back of the house. They worked with an architect on the design of their home and Rachel designed the interiors. 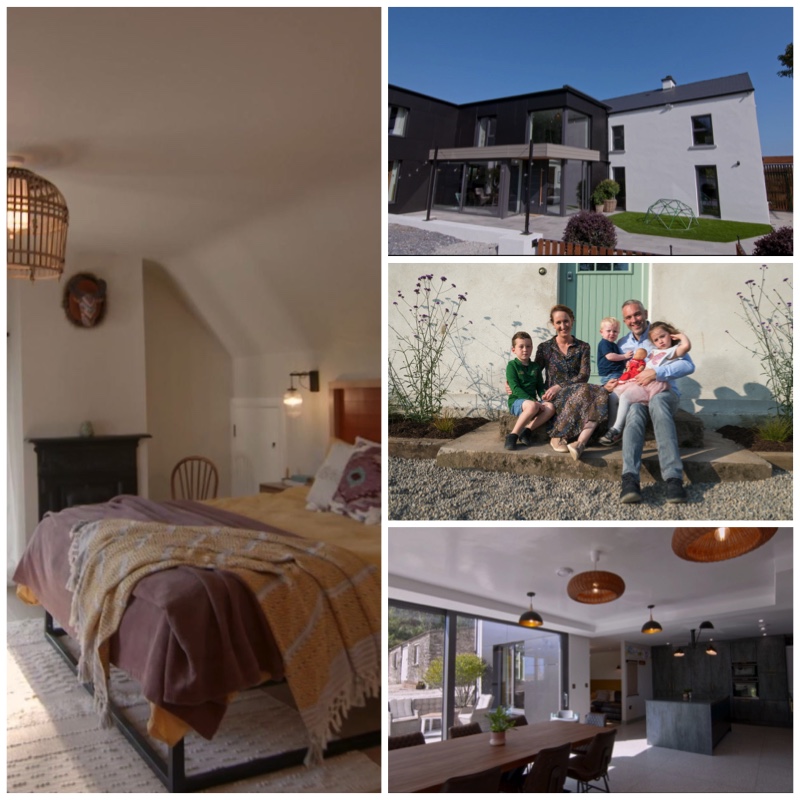 Hugh felt that the homeowners creativity and ability to use colour enhanced the design and style of the this fun filled family home and scored it a 9. Suzie also loved the fact the home was bursting with fun and energy and awarded it a 9 and Amanda gave it an 8 because she wasn’t convinced by the size and detailing of the extension.  That was a total score of 26.

Jennifer Sheahan is very proud of the design of her late 1800s cottage in Dublin. She wanted one of these cottages for a long time and was delighted when one came on the market in 2019. It needed a lot of work as it was damp, had no central heating and the toilet was outside. Jennifer did a complete renovation, knocked all internal walls, dug up the floor and lowered it plus added on an extra floor to make it a two-storey house. There are clever storage solutions throughout this home. Jennifer describes her style as modern, playful and colourful. She loves that it is fun, comfortable and loves to see people’s reactions when they see a feature such as her disco ball light in her brightly coloured downstairs toilet. 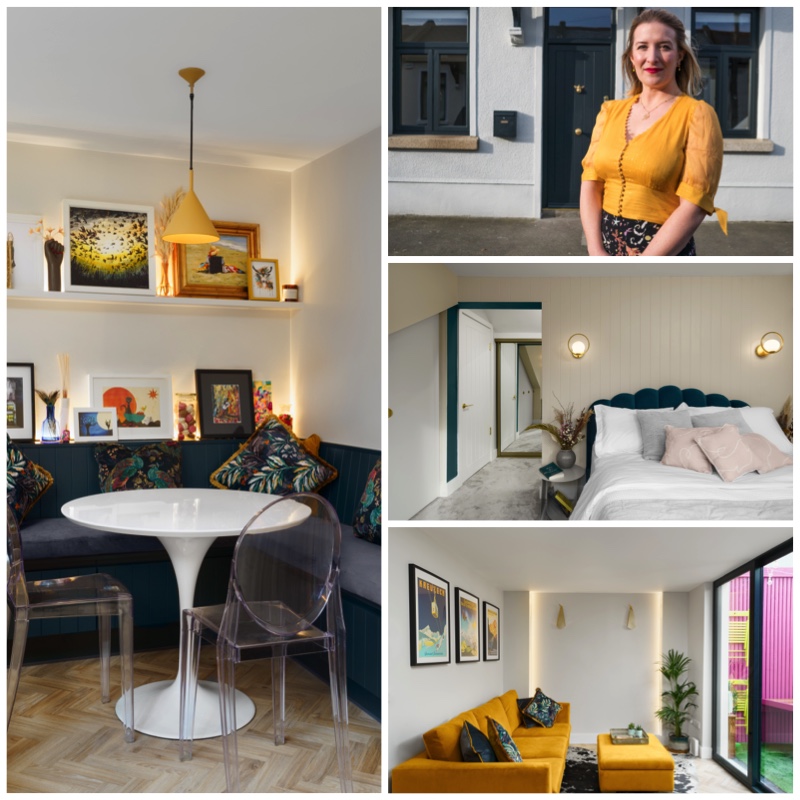 Amanda scored this home a 9 and loved the fact that there was no sense from the front of what lies behind the front door, which Hugh described as functional and inspirational scoring the home a 10. Suzie gave the house a 9 and commented, ‘Despite the restraints of the size, this homeowner has managed to create a spacious home full of individuality and style. Clever joinery maximises every inch of storage.’ A total score of 28 see this home go through to the final.

Richard Brown and Lara Salmon-Brown live in a self-build contemporary farmhouse on their farm in Co. Down. Their home was built on Richard’s family farm in 2016. They wanted the exterior front of the house to mimic what a traditional farmhouse would look like. They have a barn extension at the back of the house and they wanted this style so it would blend perfectly with the farm yard. They don’t like a lot of clutter and describe the house as quite minimal with a few traditional undertones in places.  Their open plan kitchen/living and dining area is very contemporary with a concrete floor which they say is ideal for farm living as it’s easy to maintain. They both love the connection with the outdoors and how much of the outdoors they can enjoy from inside the house. Each room in the house offers a different view of the scenic countryside. 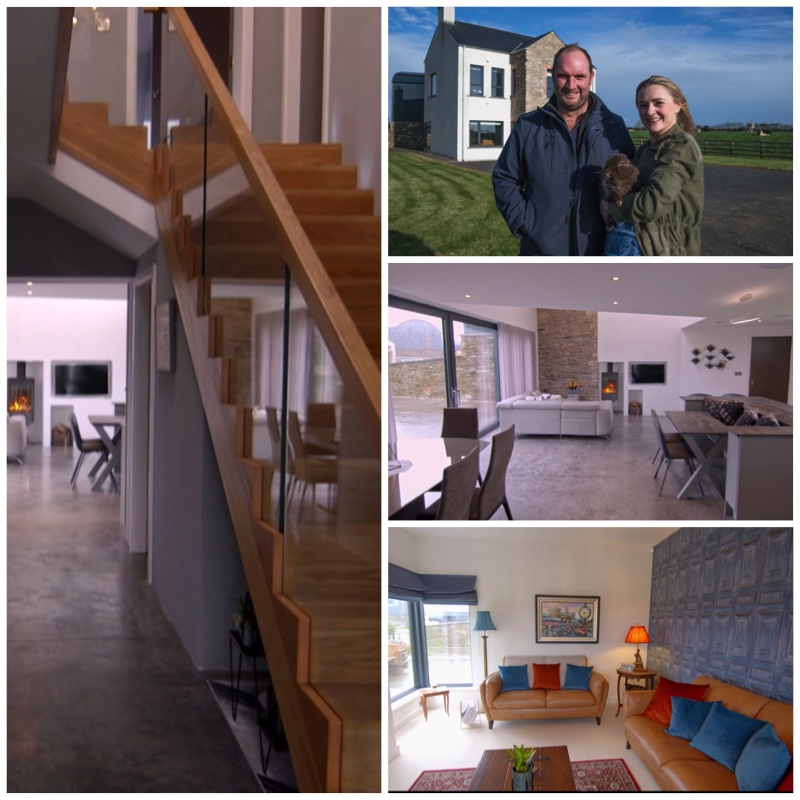 For Suzie the interior of this home lacked the wow factor she was looking for in the competition and scored it a 6. Amanda also went for a 6 as she felt that there was a lack of continuity between the rooms. Hugh, however, felt that it was a calm and comfortable home that respected the past, and connected to the surrounding countryside and the future and scored an 8. Resulting in a total of 20.

Home of The Year is proudly sponsored by Phonewatch and runs for a further seven episodes every Tuesday at 8.30pm on RTÉ One

This site uses Akismet to reduce spam. Learn how your comment data is processed.