Trending
You are at:Home»Blog»Home of The Year Episode 1

Well, what did you all think of the houses in the first episode of Home of the Year? Here we take another look back at the three homes and remind you of what judges Hugh Wallace, Suzie Mc Adam and Amanda Bone had to say…

Trish O’ Brien re-designed an early 1900s farmhouse in Co. Clare to create a modern home for her family. Working with an architect, Trish designed a modern extension that links to the original farmhouse. They gutted the farmhouse back to its original state so they could keep the traditional exterior. The extension is very modern with open-plan spaces downstairs and has a glass link to the original house. The home has four bedrooms and was a big passion project for Trish. The interior style is bright, modern with a mix of textures. See more of Trish’s home here 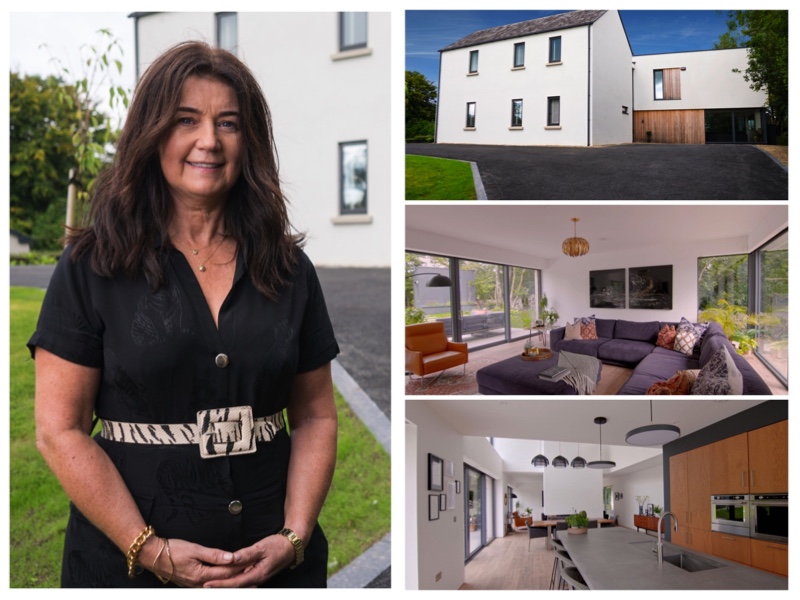 Hugh felt that this house look crisp and modern on arrival and did award an 8 out of 10 for what he described as an inspired family home, however, he would have liked to have seen more tones of colour on the walls. Amanda awarded the house a 9 out of 10 and was very impressed with the zoning of the open-plan kitchen/living/dining area. Suzie felt this was a sublime, crisp farmhouse with a sleek and voluminous extension set in an elevated and pastoral site and awarded it 7 out of 10. That’s a total score of 24.

We actually featured Ediana and Kevin Dolan’s home back in our November 2020 issue and we know from speaking to them that they were very hands on when transforming their three-bedroom semi-detached home in Co. Westmeath. They put their own stamp on the house to suit their family needs by doing all of the work themselves and on a budget. When they bought the house, it had been rented out for nine years and was in need of a big revamp. They were brave with their design choices and wanted their home to reflect their personalities. They describe their style as modern with a hint of older influences and Ediana loves to upcycle. They love to experiment with textures and colours. They are proud of the home that they have created for themselves and their two children. See more of their home here

Hugh felt this house demonstrated a masterclass in how to turn the ordinary into the extraordinary and scored a 9 out of 10. Amanda felt it was impossible not to be seduced by what Kevin and Ediana had achieved scoring them 9 out 10 and Suzie commented that nothing from the exterior revealed the personal and dramatic interior concealed within scoring 8 out of 10.  That’s a total score of 26.

David O’ Brien built a modern and bespoke home for himself in the Cork countryside. It was a self-build home with help from his brother and it took two years to complete. It looks like a modern take on a traditional barn. He worked with an architect to create a design that was unique, spacious and very much to his style. David loves modern architecture and vintage antique furniture so he wanted these to compliment each other. He has been collecting vintage and antique furniture pieces for years and feels they have created interesting interiors in his home. One of the most unique design choices is the use of an 1800s piano as a kitchen island. David has considered every corner of his home and he loves the airy feeling, the black exterior colour and the natural light. David designed all of the interiors himself and put a huge amount of work onto the design of his home. See more of David’s home here

Hugh awarded this house a 9 out of 10 and felt that the subtle creativity and attention to detail throughout was a spark of genius. Amanda felt that the home showed a great mix of the restrained and eclectic and scored 9 out of 10 with Suzie awarding it 10 out of 10 saying, ‘There is a strong juxtaposition between the contemporary nature of the architecture and the considered and eclectic interior design. It’s often a difficult balance to achieve and yet the homeowner here has made it look effortless.’ That’s a total score of 28 putting David’s home through to the final.

Home of The Year is proudly sponsored by Phonewatch and runs for a further seven episodes every Tuesday at 8.30pm on RTÉ One