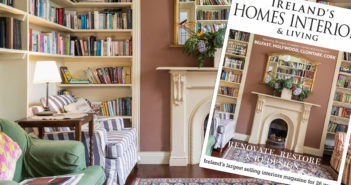 Celtic Interiors is a medium sized business, founded in 1993, that started out as a two man operation in Stable lane in Cork City centre. In 1997 due to growing demand Celtic Interiors moved to Douglas Woollen mills & By 2000 there was a staff of 20 people operating in this premises which houses the showroom and workshop. In 2003 work commenced on an extension and complete refurb of the existing building and today they have state of the art showrooms that were awarded showrooms of the year 2010-2011 and also 2011-2012. Celtic Interiors were also awarded the master retailer 3 years in a row 2010, 2011 and 2012. In November 2014 they were were delighted to be awarded Top Retailer of the year 2014-2015. The award meant so much to the team at Celtic Interiors and also to their clients as this award was testament to their business ethos.

The crew at Celtic Interiors are a great group of individuals the majority of whom have been with Celtic from the very beginning. The highly skilled designers, Craftsmen & Fitters take great pride in their work and ensure that clients are completely looked after from start to finish.